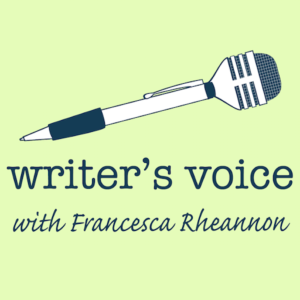 Writer’s Voice …where the conversation goes deeper. We talk to writers of all genres about matters that move us and make us think. The program features interviews and readings, as well as reviews, with authors such as Louise Erdrich, James Risen, Ursula K. LeGuin, Russell Banks, poet Richard Wilbur and many more notable writers. Writer’s Voice is produced and hosted by Francesca Rheannon, and has been on the air since 2004 with more than 400 shows produced, broadcasting on stations around the United States.